By Ihsotas (Izzy) Otomakan December 19, 2017
EDIT: I neglected a critical aspect of this analysis by not paying proper attention to the concept of stock-vs-flow. I am especially grateful to the r/monero subscriber who very kindly and extremely quickly corrected me on these points.

The net result, as it turns out, is still not too dissimilar from the results below... especially when variability of assumptions is high. I recommend you check out his response on the sub.

I'll try leaving this article here (as a monument/remind to me of my error) but wrap it with the conclusion of, as he put it- 'broad acceptance in the global black market = moon for monero/privacy coins no matter how calculated.'

note to self: entitling something 'musings' doesn't mean you can't scrub it better than you did here.

In the course of responding to a comment posted on my blog yesterday (response in the comments section to ‘Sport Coach’, on this article)  I dug up some interesting information around the size of black-market economies  - which got me to thinking about the prospects for privacy coins more broadly and the numbers associated with them.

In crypto-land broadly, there is currently a huge amount of uncertainty as to which coins will be the ‘winners’ – that is, which will have enduring and significant presence. The action today is Bitcoin versus Bitcoin Cash and Bitcoin Gold... with no small amount of suspected price manipulation all around I might add.

In any case, while I remain optimistic that the broader public will eventually come around to Monero (appreciating it for its moneyness characteristics) I recognize that there are many who feel it will always be a ‘dark coin’ – catering to the black-market, whether than be un-official, non-reporting, or otherwise illegal aspects of economies.

I won’t even bother here with trying to untangle the morass that equates behavior outside the purview of government with things that are ‘bad’ (though I will give the link to this strip which I think is terrific). However, even if we go down the path of assuming that Monero does have future only as a ‘dark coin’, the metrics are quite interesting.

While measures of black-market activity are notoriously unreliable, it is generally accepted that most developed countries have a black-market economy each year ranging in size from 15-30% of GDP. For less developed countries, the estimates go up from there. Given this, if we ascribe a flat 15% of global GDP to ‘black market’ activities, we are probably being conservative. Let’s do it anyway, and further extrapolate that 15% of GDP activity is supported by an equivalent supporting money supply contribution – so 15% of global M3 is held/used in ‘the black market’

Now, let’s make a few further assumptions and see where it leads:

In the next 5 years, 80% of global money will be digital.
This isn’t hard to accept for most people. If it were up to some people who want to ‘ban cash’, the number would be 100% and time horizon would be a lot sooner. Nevertheless, let’s stick with these numbers as hopefully accepted as reasonable.

In this time period, the percentage of all human economic activity considered ‘illicit’ will not dip lower than globally 15% of all transactions.
Considering that regulation and control seems to be increasing at a rapid clip, making more and more otherwise innocuous activities illegal (unless proper permitting, taxes, reporting, etc. are achieved) – this is probably also reasonable if not a bit conservative.

Global M3 stays constant at about $80 trillion equivalent.
We could argue it should be either higher or lower, but let’s assume it stays flat for simplicity. It shouldn’t materially change our calculus.
The best privacy coin will garner no less than 50% of the relevant digital market.
Admittedly, this is a bit of a loaded statement. How we you define ‘best’ is critical. Let’s for now assume it’s a generally favourable combination of ubiquity and true fungibility/anonymity.

Given these assumptions now, let’s do some math:

If we assume for the sake of argument that this ‘best privacy coin’ is Monero, then we may arrive at a per-coin value of $240,000 – or roughly 600x the current price. Not a bad return I think, particularly as it is arguably lower risk than many other coins with a ‘grand vision’… this analysis is not dependent on jockeying for best position with government acceptance, smart-contract supremacy, or some other functional utility which may be either deprecated or usurped. It is instead dependent upon a facet of human society remaining present which has done so for thousands of years – an unofficial, ‘black market’ economy.

If the broader public does ‘catch on’ to the inherent weaknesses of other coins lacking privacy/fungibility, then the returns could of course be more favorable – but in terms of sleeping at night, I’d venture to say that it’s generally a safe bet to assume that there will always be demand for ‘black market’ items. As such, even looking at Monero from the (in my mind unlikely) prospect of never growing past a libertarian V-for-Vendetta oasis, it presents quite an interesting value proposition.

Perhaps I’m seeing Monero through rose-colored glasses - that’s certainly a possibility. If I am, I humbly ask the reader to share any critique/criticism - but as far as ‘big picture, back of the envelope’ analyses go, I don’t think this one is bad.

Finally, just one more note on investment analyses and simplicity. Back ‘in the day’ when I was first professional tasked with developing traditional investment theses, I thought that a ‘good’ analysis would have at least 10 pages of historical and projected financials – not to mention all manner of detail and usually full financial statement model flowthrough. I was a bit taken aback when a very successful professional investor friend shared one of his models. It was in excel, but fit on one page. One page. And guess what – that particular thesis/trade? Worked out like a charm.

Don’t confuse length of analysis with quality. Some of the most useless investment reports I’ve ever had distributed to me (and which I’m sure no one ever really read) were also the longest and seemingly most ‘professional’ reports.  Again, in ‘the old days’, there was a wall-street maxim that if you couldn’t fit your investment thesis on the one-page space that the old Bloomberg terminal provided as an email/distribution mechanism, you were widely considered to be 'doing it wrong'.

Popular posts from this blog 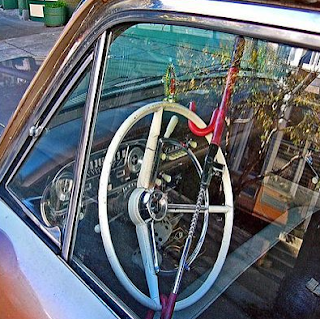 Rather than call it 'Reader Q&A', I've decided to use my 'Bob & Izzy' convention to share some thoughts spurred on via email exchanges with readers. I hope you enjoy. --------------------------------- Bob: Hey Izzy - I hope you’re right about Monero, but what about Dash? I know that Dash’s privacy features aren’t as good as Monero’s, but the it seems to be growing still.  I watched some videos too and they make it look like they are the ultimate privacy goal. Finally, some guy on youtube says that big investors don't want to get involved in monero because of it's reputation of being involved with criminal activities. What do you think? Izzy:   Hi Bob, As you know, Dash was the first major privacy focused coin to gain traction. However, just like Bitcoin has proven itself vulnerable on the privacy front, Dash has similarly shown itself to fall short of providing privacy security/fungiblity. It’s for this reason that it has largely been aban
Read more

Monero Valuation – Update and Refocus Follow @cryptoizzy It only took about 2 days after I shared some thoughts on Monero valuation that I regretted doing so. Various other responsibilities have kept me getting around to sharing my updated thoughts, but I’m glad to finally be doing so now, with this note. My regret hasn’t been so much around making an embarrassing technical omission (which I pointed out in it). Even with that, the directional and order-of-magnitude conclusions were still largely intact, it was an interesting idea to explore for me, and I’ve had some fun follow up email exchanges concerning modifications and refinements. My regret was publicly focusing at all on an association between Monero and DarkNet/Criminal activities. At the same time as I’m first and foremost interested in the truth, I believe that there are responsible ways to share it as well as reckless and ill-conceived ways to do so. I don't think my article did a very good job on t
Read more

By Ihsotas (Izzy) Otomakan November 25, 2017
The Bitcoin Flaw: Monero Rising By Izzy Otomakan Follow @cryptoizzy I recognize the irony that barely a few months after I shared The Power of Money: A Case for Bitcoin I am now releasing this piece - critical of Bitcoin. I wrote TPOM largely because I was fed up with people and institutions claiming Bitcoin was a fraud, ponzi scheme or bubble. It is none of those things. It is however, in a critical respect, over. Bitcoin has been beaten[1]. We don’t need to wait any longer for further evidence of this fact.[2]There is sufficient evidence now. At this point, what we see playing out is largely pantomime - as governors of the status quo introduce more mechanisms to increasingly neuter Bitcoin and enforce control over it – whether the general public is aware of it or not. Bitcoin has been compromised as the standard bearer for cryptocurrencies, and the wound is mortal. I recognize this may sound outlandish, so please allow me to explain. No matter wh
Read more